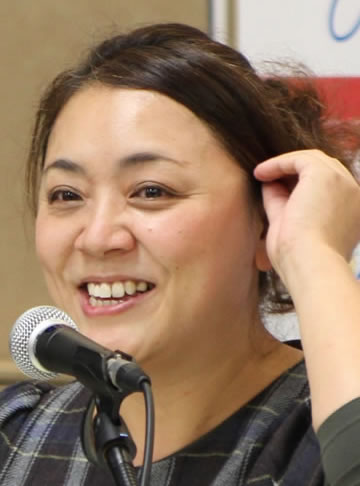 SHIOMAKI Yuko joined Kuzui Enterprise in mid 90's, as a buyer of foreign films including: the Oscar-winning first Scott HICKS work "Shine", Todd SOLONDZ's debut film "Welcome to the Dollhouse" and many other mini-theater hit titles. After working in acquisitions, distribution and marketing in the Film Division at PARCO, she became the director of the international department of Stylejam, a boutique production and distribution company in 2005. While handling the distribution and co-production as the CEO for international affairs, she was also in charge of overseas sales for AOYAMA Shinji's "Sad Vacation," MIKI Satoshi's "Adrift in Tokyo". In June 2009, She founded her own company, pictures dept. and produced AOYAMA Shinji's "Decadent Sisters", received the Pusan PPP Award at the Pusan 2009 and also entered L'Atelier, the Cannes' film projects market. She recently produced "The Land of Hope" by SONO Sion, has brought financing from UK and Taiwan. The title has been awarded NETPAC Best Asian Film Award at the Toronto International Film Festival 2012 and selected at many other international film festivals.

SHIOMAKI also actively showcases Japan's talent to the wide world, annually attending film markets at the Berlin, the Hong Kong, the Cannes, the Busan film festivals and the American film market, etc. in 2012, She was invited by the Chinese government to the first Animation License Summit in China, and also invited to FICCI FRAMES, Mumbai, India, as the only VIP Japanese producer. She was also participated as a guest speaker to the Producers Network in Cannes, 2012. In 2013, the most recent film Shiomaki has produced, SAKE-BOMB was an official selection of SXSW 2013 and it was awarded BEST SCREENPLAY at Los Angeles Asia Pacific Film Festival and BEST NARRATIVE FEATURE at San Diego Asian Film Festival which leads to the theatrical release in LA, SFO and Hawaii.