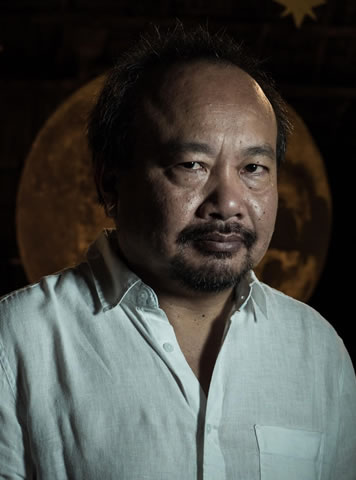 Born in Phnom Penh, Cambodia, Rithy PANH arrived in Paris in 1980 after fleeing the genocide led by the Khmer Rouge regime. He studied at IDHEC. In 2003, S21, The Khmer Rouge Killing Machine, a widely awarded documentary, reviews the policy of systematic elimination orchestrated by the Khmer Rouge between 1975 and 1979. In 2006, he co-founded the Bophana center in Cambodia, allowing archiving Cambodian audiovisual heritage and training in its professions.
In 2013, his film The Missing Picture was the first Cambodian film nominated for an Oscar, for best foreign language film. His latest film Irradiated, in competition at the Berlinale 2020, received the award for best documentary. Rithy PANH has co- authored several books including “The Elimination” and “Peace with the Dead” with Christophe BATAILLE published by Grasset.